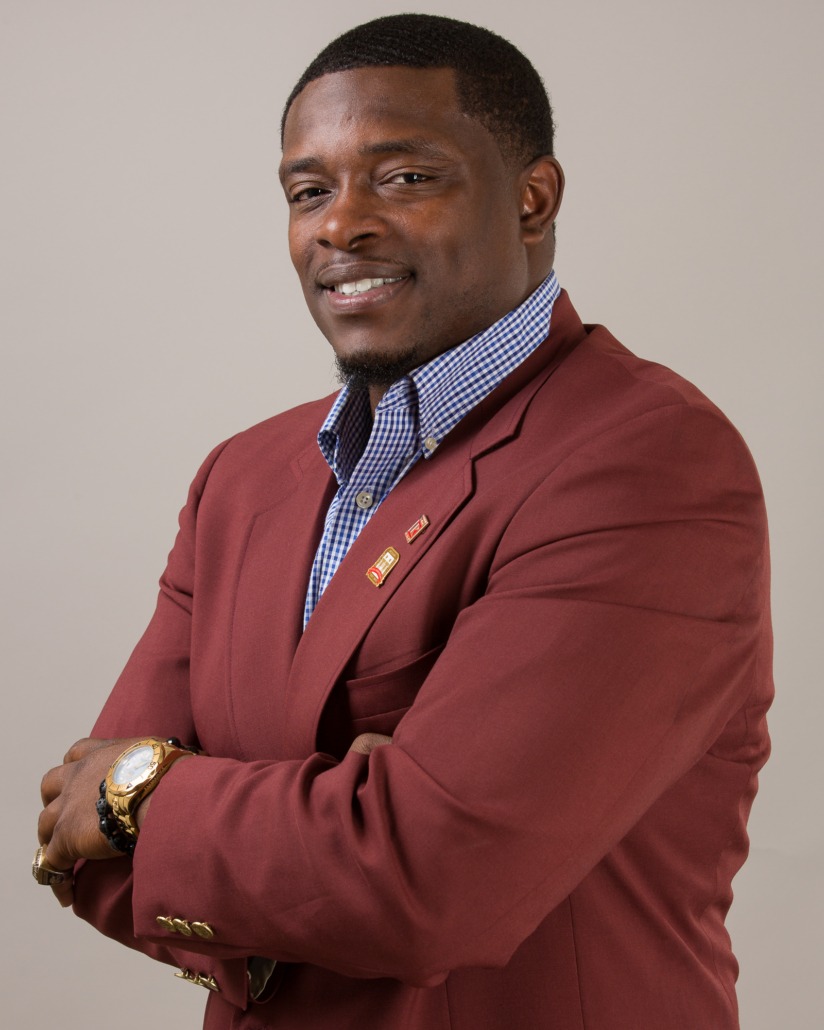 Mozell H. Axson II, 31, is a Polk County native was raised in Lakeland, FL and graduated from George Jenkins High School as a Top 10 football athlete for the state of Florida. Mr. Axson is a former scholarship student-athletes that was recruited by the University of Louisville to play football for the Cardinals. He played for Coach Petrino in the 2005 & 2006 seasons which resulted in going to the Gator Bowl and being named Champion of the Orange Bowl. He graduated with a B.S. in Justice Administration in May 2009. Mozell added another U of L degree in December 2010, with an M.S. in Administration of Justice and a Beef O’ Brady’s Bowl Champion win, under Head Coach Charlie Strong. Mozell made the career change in 2012 to the Financial Services sector, as a Financial Advisor (while serving on the Board of Directors for Louisville Urban League), to be more pre-emptive when it comes to building the low SES communities. Mozell’s very passionate about helping families as well as businesses by being that reliable source in times of need. Mozell, through due diligence, discovered the need to inform/teach the underserved, single families, and low SES communities the value and importance of understanding finances as well as building multi-generational wealth.

During Mozell’s time in Kentucky, he was in an apprentice program acting as “The Manager of the Financial Group” representing various public and private equity firms from A to Z, creating a business plan to securing capital from financial institutions, or using creative financing. It was during that time, Mr. Axson developed corporate level expertise in the commercial industry working on projects CONUS & OCONUS.

Returning to Polk County has always been a goal for Mozell, with knowledge and experience to empower the growth of his community. Mr. Axson spends his free time volunteering in his parents’ ministry called K.I.R.M. (Keep It Real Ministries) which is a Mentoring Program & Summer Camp organization as a mentor and tutor because he believes that children ARE our future! Mozell is a loving father to 3 amazing children Mekhi, Jayden, & Aubrie and is the son of Mozell & Dee Axson.

Total of 1.01 acres located in South Lakeland. This property is fenced with well and septic. Great location to build. Seller Addendum must accompany all offers, it has been uploaded as an attachment. Agents- see Realtor only remarks.

Vacant lot for sale! Come and make it your home!

Vacant lot for sale! Come and make it your home!

Great opportunity to own this 3/2 home that has been recently refreshed. Newly updated kitchen. Spacious bonus room. Conveniently located to major highways and shopping. Get your offer in today.

New Listing! Move in Ready and upgraded 3 bedroom, 2 bath home with NO HOA, great starter home for a first time Home Buyer. There is so much to love about this home! From the moment you walk in the door you will be impressed! The seller improved the

Ready to build home. Avoid impact fees if submitted by July. Well is already on the property.

LOCATION LOCATION!!! Here's your shot at getting in to one of North Lakeland's PREMIERE communities with amenities GALORE! The Villages at Bridgewater... This lovely 3-bedroom, 2-bathroom home will make a great start for you and your family... OR if

Under Construction. This brand new home is currently under construction and is expected to be completed in late January. The bedrooms will have carpet and the living and kitchen area will have laminate flooring installed. The kitchen will have quartz

18 ACRES!! Great opportunity for a new development or to build your own private compound. Convenient location between Bartow and Winter Haven. The property has 557 feet of frontage on 2 roads, 1st street and Bomber Rd making it perfect for a residen

LOCATION! LOCATION! LOCATION! This high and dry 5 Acre parcel is found just outside of Lake Wales city limits. This breathtaking property is near the entrance of the highly desirable and peaceful community of Country Oaks. Build your dream home surro

LOCATION! LOCATION! LOCATION! This high and dry 5 Acre parcel is found just outside of Lake Wales city limits. This breathtaking property is near the entrance of the highly desirable and peaceful community of Country Oaks. Build your dream home surro

LOCATION! LOCATION! LOCATION! This high and dry just under 10 Acre parcel is found just outside of Lake Wales city limits. Build your dream home surrounded by mature oaks and enjoy the peacefulness and wonderful sunsets every evening. The property is

Chance to build your dream home.